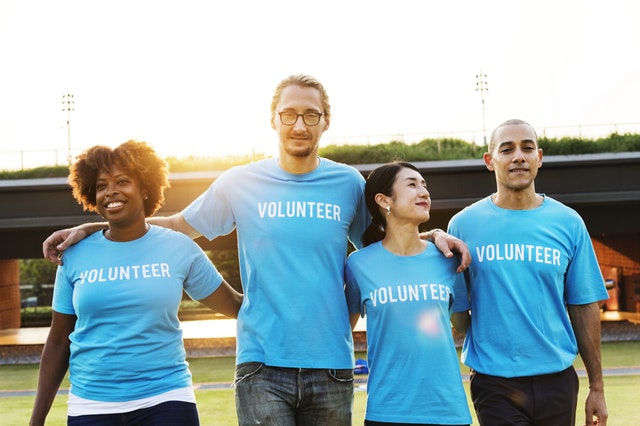 AgelCares recently honored Denver, Colorado, Senior Director Terri Katz as its “Hero of the Year” for “exemplifying the ideal that one person can really make a difference.” Terri has been active with AgelCares since its inception and with its help she co-founded her own charitable foundation to support the children of an orphanage in Brazil.

Through its partnership with Deseret International, the AgelCares Foundation is funding critically needed portable medical equipment that makes it possible for Philippine children to receive cleft lip/cleft pallet, clubfeet, and eye surgeries in their localized communities.

Over 30 Agel Team Members from Kuala Lumpur, the capital of Malaysia, recently came together for a very special AgelCares event. “The Team Members in our area understood that when you are a member of Agel, you are a member of AgelCares,” said Agel’s General Manager of Malaysia Sunny Ooi. “They wanted to do something as a team to help people in need right here in our own community.”

More than 100 Mexican Team Members built a playground, basketball courts, volleyball courts, repainted and donated operating costs to the orphans of the Casa Asis Orphanage. In all, more than USD $2,000 were donated.

The overwhelming turnout at our “Walk of Hope” is a testament to the caring of our Agel team members from around the world—we had roughly 1,000 participants!

This past year AgelCares has again helped people from around the world. Thanks to our incredible Team Members, Partners and Corporate staff, AgelCares was able to bring hope to the world!  This year was focused on helping those in dire financial crisis to rebound their lives and get moving on the right track.  We accomplished this through several outreach programs including programs to help with necessities like food, clothing, and shelter.  We also helped those in more complicated issues by helping with credit repair costs so those needy individuals could qualify to rent or buy a home sooner.

Mica Moseley on an AgelCares mission to two remote mountain villages in the state of Guerrero, Mexico, with Jose Luis Alonso to distribute Agel products and other much needed supplies to one of the poorest regions in the world. Because of poverty and toxic living conditions, half of the children you see won’t make it to adulthood. AgelCares is making a difference in their lives!

Agel TM’s and Corporate staff came together as one unified force to bring hope to the world. Team members from around the world were up at the crack of dawn to help raise awareness and money for the AgelCares Foundation. “We are a health and wellness company that truly cares. Exercise and giving back are in our DNA!” said Mica Moseley. The masses gathered outside of Caesars Palace and were treated to inspirational words of encourage from Sergeant Isaac Gallegos.

We at AgelCares, would like to thank all who have contributed to the Japan disaster relief fund. The donations have helped supply medicine, water and basic supplies; comforts we take for granted every day. The thousands of dollars that were received will make a difference in so many lives. We extend our thanks, once again to all who have donated to this worthy cause!

AgelCares Walk/Run 2011 Congratulations Juan Abejon – winner AgelCares 5K! This year we had a great event with the walk but also added a run at Agel World! Juan Abejon from Spain won the 5k race and hundreds of participants gathered together to honor the memory of Craig Bradley’s wife, Kathy Bradley who passed this year. We appreciate all the support from everyone who participated and made this year the best yet!

We are proud to announce the AgelCares Excursion in Peru brought hope, joy and…books to the village of Cuzco. Thanks to AgelCares and dedicated team members, the children of Cuzco have a brand new library! This excursion provided not only a new building but the books, chairs, tables and other supplies to create a functioning library. Thanks goes to each of the team members who sacrificed their time, energy and donations to make a difference in this area of the world. After seeing the excitement and gratitude in the children’s faces we understand that in giving we always receive. What a great opportunity for Agel team members to bring hope to this small village. We look forward to the next AgelCares excursion in early 2012!

Agel thanks all those who participated in the most recent AgelCares service day! Corporate employees gathered supplies and assembled baby care kits for families in the local community. Over 100 families were recipients of these kits. Team members everywhere also provided wonderful acts of service in their local communities. They hosted bicycle drives, continued flood aide in Thailand, donations to orphanages and shelters and feeding wayward cats at animal shelters. We are making a difference with these heartfelt acts of service. Thank you to everyone who participated!

AgelCares and Make A Wish Foundation joined together to participate in a fundraiser to honor the wish of California resident, Sabrina Frey. Make A Wish Foundation specializes in providing a wish to all children whose physicians affirm they have a life-threatening medical condition. Sabrina was diagnosed with liver cancer last year. She wanted to have the opportunity to make her own video game. Donations from the softball game with Agel leadership and AgelCares made this possible. Sabrina was thrilled with the outcome of her video game and threw out the first pitch at the softball game. Again, AgelCares donations have changed another life. We are making a difference every day and appreciate the generous donations from everyone.

The January leadership retreat provided a great experience to help the children of Costa Rica in January. All participants went to a local school in desperate need of maintenance. They spent several hours painting the school for the children. The teachers were so grateful and the children even came and helped with the painting as well. Another opportunity for AgelCares team members to help those in need. We are making the world a better place!

AgelCares team members in Latvia worked together with Village of Hope giving their time, energy, support and love in cleaning up and planting an apple garden. This will benefit these people for many years to come. Their team made a difference for these people with mental disorders and disabilities. It was a wonderful experience for them and for those they helped.

AgelCares organized a bike ride fundraiser to honor Matt Bradley in the spring. As you know the Bradley family lost their son and brother, Matt to a terrible accident. To honor Matt and the entire Bradley family AgelCares invited Team Members in the field to host their own bike ride in their area on the same day. All donations went to AgelCares in Matt’s name. We appreciate everyone who participated and joined our Agel family in this great event!

During 2012 there were several disasters that AgelCares came to the victims aide. One of them were the floods in Thailand. We appreciated the hard work of volunteers from the AgelCares team in Thailand for the help they provided to so many needy flood victims. They rowed boats in remote areas covered in deep water giving food, drinking water and survival kits. Sometimes they even were told to remove creatures like snakes and salamanders that were at large from a nearby crocodile farm. Thank you for your kind hearts and all the time that you spent in helping the flood victims. AgelCares is bringing hope to the world!

For over 7 years, generous people have chosen to slow down during their hectic holiday busyness and taken part in Santa’s bike force. Team members from all over the US got together and invited their friends and family to donate bicycles to kids in need. There were hundreds of bikes donated and continues to grow every year. What a difference they made in the lives of these children. Thank you from AgelCares!

AgelCares Foundation sponsored a relief drive for those along the east coast affected by the Superstorm Sandy. Agel’s Co-CEO, Jeff Higginson along with several Agel team members helped in this effort. They provided much needed water, clothing, heaters and supplies to all those in need. It has been a difficult challenge for so many people. We thank everyone who donated to help all the victims.

Last month AgelCares donated $1000 to three local school’s libraries in our community. Each school used the money to purchase books and computer handheld devices that the students have available to use in their studies. Thank you to all of you that donate to AgelCares making these opportunities possible! You are making a difference in these children’s lives.

Books for kids! AgelCares director, Craig Bradley and a group of volunteers attended Spring Creek Elementary School to deliver books to all the children in the school. The library was redesigned with brightly colored walls and décor. The children were excited with the changes in the room and especially all the new books that were donated. Thank you again AgelCares donors for making possible this donation to the children!

AgelCares President, Craig Bradley and Agel team members partnered with Eagle Condor Foundation to finish construction on a youth center for over 100 refugee and extremely poor children near Cartagena, Colombia. Thanks to AgelCares and dedicated team members, the youth center was a great success. We appreciate all the team members who sacrificed their time and energy to make a difference. It was a wonderful opportunity to bring hope to these children in Colombia!